The whole world’s gone crazy over a new game called Warmageddon. Pitting males against females, the battle rages 24 hours a day, all over the world.

Kevin, Samantha, Alika, and Niccolò are all addicted to the new top-trending game. They see each other at school and then see each other again on the battlefield, each hiding behind their avatar.

But then something unexpected happens… There’s a short circuit, and the four friends are sucked into the app! To get out, they’re going to have to dodge arrows, halberds, cannonballs, and lightsabers! But to do that, they’re also going to have to learn how to work and talk together by looking into each other’s eyes.

As they move from app to app to get back home, they’ll find themselves caring deeply about new things and making a new friend, who’s also been sucked into the game. Together they’re going to have to battle a giant armored spider – a terrible enemy hellbent on taking over the world. 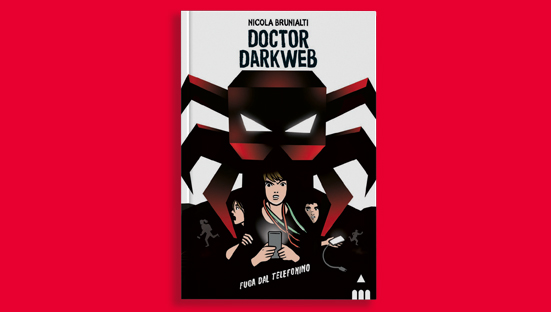