A new dawn rises on the five, legendary Kingdoms

After many years of peace and prosperity, the Great Realm is under threat. An evil warlock has destroyed the harmony that once existed among the different regions by sowing the seeds of destruction and terror. The icefields of Arcandida are melting. The sands of Roccadocra are covering everything. Meanwhile, selfishness and discord have crept into the hearts of the inhabitants of the different regions.

After many futile attempts to halt the decline, the royal families leave the Great Realm to build bold new cities on the water, in the bowels of the earth, and in the clouds. After years, even nostalgia fades into memory.

According to an ancient prophecy, though, one day five girls will come and awaken the Crown of Light and defeat evil. That day has finally arrived…

Rights sold in Dutch, Portuguese, Spanish and Catalan
Over 21,000 copies sold in Italy
In the style of the successful Princesses and Witches From the Kingdom of Fantasy series that sold over 1.8 million copies worldwide 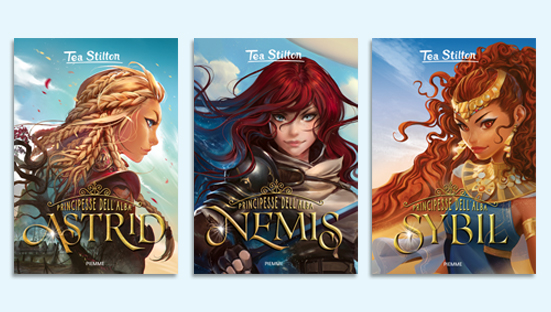